Welcome to the Bad Education Wiki

Bad Education is a BBC tv series, written by and stars Jack Whitehall. He plays Alfie Wickers "the worst teacher ever to grace the British education system" and is a bigger kid than the kids he teaches. The teacher your kids would love but parents would hate!

The show also stars an ensemble cast including Mathew Horne (Gavin And Stacey) as Shaquille Fraser the headmaster of Abbey Grove School who tragically longs to be as cool as Alfie. He's the teacher who just wants to be everyone's 'best mate' and is prone to massive and very public mishaps.

Sarah Solemani (Him And Her) plays Rosie Gulliver. She is the school biology teacher and the apple of Alfie’s eye. She cares deeply about the school and the students.

Michelle Gomez (Green Wing) plays Isobel Pickwell, the deputy head. She is an ‘old school’ teacher and can’t stand the other younger teachers. She's a disciplinarian who wants Creationism put back on the syllabus and would prefer a school without children at all! When it was released it broke BBC three's highest rated first episode of comedy. 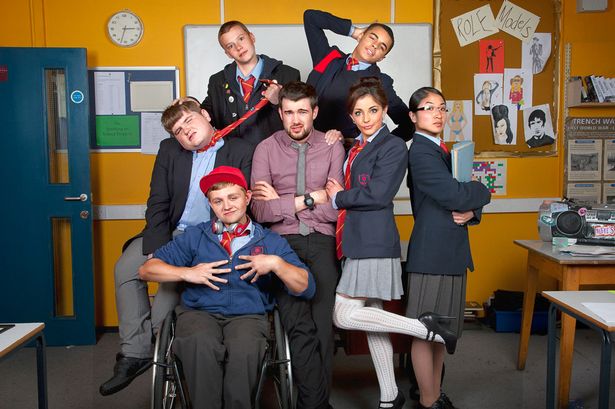 Retrieved from "https://bad-education.fandom.com/wiki/Bad_Education_Wiki?oldid=4177"
Community content is available under CC-BY-SA unless otherwise noted.